Enjoy These Sweepstakes, Courtesy of Your Favorite TV Shows! 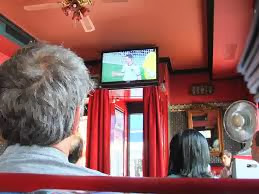 HGTV Love It List It Watch It Win It


This sweepstakes is offering five weekly grand prizes of $25,000 each (four remain). It's a fast moving sweeps, though, so you have to be on the ball to enter!

Each week, watch "Love It or List It" at 8pm Eastern Time, 7pm Central, on HGTV. During the show, a code word will be shown. Starting at 8pm Eastern time, the same night, you can enter the code word at the above link to gain entry into the sweepstakes. Entries for each week's show and code word are allowed from 8pm Eastern on Monday until 7:59pm on Tuesday, the very next day. Winners for each week are chosen about three days later.

Open to legal U.S. residents of the 50 United States and D.C. who are 21 years or older, and who had internet and HGTV access prior to learning of the sweepstakes. One entry per person, per entry period. Entries do not roll over into subsequent drawings. Ends February 24, 2014.


This sweepstakes will certainly thrill fans of PBS, Downton Abbey, Sherlock Holmes, and many more!

Grand prize is a 5-day, 4-night trip for two adults from the U.S. or Canada to Great Britain. Includes round-trip (economy class) airfare out of a gateway city courtesy of British Airways, accommodations at a Radisson Blu Edwardian Hotel, attendance at a VIP reception at Highclere Castle (as seen in Downton Abbey) hosted by Lord and Lady Carnarvon, author of Lady Catherine, The Earl, and the Real Downton Abbey, behind-the-scenes tours of Selfridges & Co. department store (its founder, Harry Gordon Selfridge, is portrayed in MASTERPIECE’s upcoming second season of Mr. Selfridge) and the Museum of London’s forthcoming Sherlock Holmes exhibit, and even more (care to chat over coffee with an expert on the fictional character of Sherlock Holmes? Well, a taxi will zip you right to a cafe after your Sherlock Holmes Museum visit - before the Museum of London - for just that)! Travel must take place July 30–August 4, 2014. ARV $5,550.

Four monthly prizes of a $500 gift certificate to ShopPBS.org are also being awarded. Monthly winners are still eligible for the grand prize.

Open to legal residents of the 50 United States, Puerto Rico, Guam, the US Virgin Islands, the District of Columbia and Canada (excluding Quebec), who are 18 years of age or older (or the age of majority in the jurisdiction of their residence, whichever is older) and who possess a valid United States or Canadian Passport with an expiration date after December 31, 2014. Daily entry. Ends March 15, 2014.


Extra TV has an ongoing slew of delightfully enticing giveaways, each with a great prize. Prizes and giveaways will change as each ends, though you will generally find something to please.

Current giveaways include a Jaclyn Smith skincare collection, a $50 gift card from The Gap, a gift bag from the SAG Awards, and more. Each giveaway is a separate entry, so you can pick and choose which prizes you'd like to enter for. Watching the show will give you a secret word that allows you to enter for still more prizes!

Must be 18 or older to enter, and a legal resident of the 50 United States or D.C. Excludes Puerto Rico.

Posted by Jennifer L. Thompson at 6:30 AM