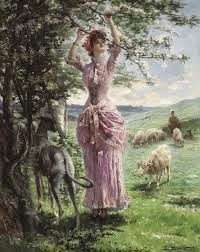 Baby, it's cold outside! Yet, spring will soon arrive. It's true, it happens every year. Perhaps today's sweepstakes will help to put you in more of a springtime mood. Spring break and spring training are about as "springy" as it gets. Then there's the wine...good for any season, of course.

Maybe we can collectively will spring to arrive a little earlier!

* Winner will receive an item from Sakroots' lifestyle collection in the print of their choice. ARV could range between $20 and $129.

One entry per person/email address. I found nothing in the rules pertaining to who is eligible to enter. Ends March 2, 2015.

One entry per person/email address, with bonus entries available. Open to legal residents of the 50 United States and D.C., 21 or older. Ends March 27, 2015.


I won $50 worth of free wine on this one (Yippeeeee! Thank you, Underground Cellar!)...
Screaming Eagle giveaway

Check out the Liquidation Channel, for outstanding values!

Halos, Frozen Food Month, and the Year of the Sheep... 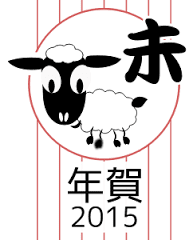 So, what do these things all have in common? They're all a part of today's post, and you can win something wonderful with each one! Yay!

My first play, I won a "Mystery Prize," which turned out to be a free download of "Halos Fun! Mobile Game." This was not mentioned in the rules.

Limit of one prize per person per day, and only one of each prize.

* Grand prize is a year’s supply of American lamb. Lamb will be sent in four shipments between March 2015 and March 2016. Each shipment will include approximately 5-6 lbs of frozen lamb. Total ARV $500-$600.

One entry per person/email address. Open to legal residents currently residing in the 50 United States and D.C., 18 or older. Ends February 27, 2015.


For residents of Canada...
Simply the Best Sweepstakes and Instant Win

Spring Is In The Air! 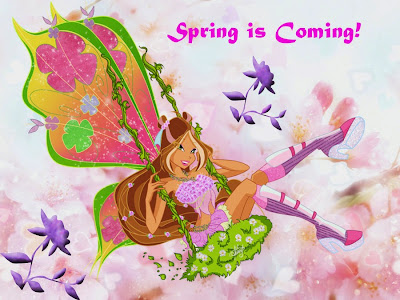 It may not look like it, and it may not feel like it right now, yet spring is in the air. At least, according to the sweepstakes that are slowly bringing it around. Here today, you will find sweepstakes that whisper of spring.

Knuckle Lights look like a great accessory for hiking on a warm spring evening. Of course, I also see them as perfect for hunting nightcrawlers on a dark night, after a good spring rain.

If you're ready to get to gardening, Storey has the goods you need to help you grow those phenomenal tomatoes.

For cardmakers, spring brings those lovely Easter cards, along with a number of spring weddings, so CardMaker magazing has you covered.

Last, but certainly not least, for those who are itching to get to work in the garage, today's bonus sweeps will help you with that!

Entering this sweeps will subscribe you to Storey's twice monthly enewsletter. Scroll to the middle of the page for entry form.

* Grand prize is one copy of the print edition of Epic Tomatoes, and one 11 x 17-inch promotional poster. No ARV stated.

No entry limit stated. Open to entrants with a U.S. or Canadian shipping address. Ends March 17, 2015.

No entry limit stated. Open to legal residents of the U.S., D.C., and Canada (excluding Quebec), at least 18 and the age of majority in their place of residence. Ends March 31, 2015. 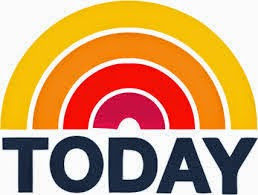 Days of Future Past ~ Book Blast and Giveaway!

Days of Future Past by Sally Smith O'Rourke

It is by no means an irrational fancy that, in a future existence, we shall look upon what we think of as our present existence, as a dream. --Edgar Allen Poe

Fate sometimes conspires to right a decades-old wrong. And the 6.8 earthquake that strikes Southern California one warm March night is the fateful event that brings family therapist Ann Hart and trauma specialist Ted McConaughy back together. In search of her cell phone after the tremor, Ann picks up a shard of vintage cut glass from a collection she and her husband gathered during the four years of their marriage. For the millionth time she thinks about the day six years ago when he disappeared on a search and rescue mission in the Sierra foothills.

Sitting atop the shattered crystal, a small silver cigar lighter glistens in the beam of her flashlight. Gently she returns the Victorian piece to the shelf. What does it mean that something she and Ted, her ex-fiancé, bought together survived when Alex’s beautiful glass is smashed to dust? Ann tells herself that it doesn’t mean anything more than glass breaks and silver doesn’t.

Sara Jane McConaughy has never experienced a strong earthquake, and as her father comforts his 16-year-old daughter, his mind is flooded with memories of the Northridge quake in 1994. He was living with his fiancée, his ex-fiancée, and even after all these years he doesn’t know what caused the split, but he always loved her. And he’d been sure she loved him.

Volunteering with the American Red Cross in the aftermath of the earthquake brings Ann and Ted face-to-face for the first time since their break-up, twenty years ago. Angry, flustered, excited, and bewildered by Ted’s sudden appearance and unusual behavior while she’s teaching a small group of people relaxing exercises, Ann demands he leave. Just as excited and bewildered, Ted rushes away. His exit leaves both of them wondering about … everything. The earthquake (or is it seeing Ann?) ignites a series of recurring dreams peopled by total strangers in places Ted has never been.

Accompanied by short lapses of time and sleepwalking, the dreams take a heavy toll on his waking hours. Sara Jane’s concern sends Ted on a quest to discover the cause and find a cure. When all medical possibilities are exhausted, he turns to a colleague, whose diagnosis leaves Ted more baffled than ever. Tom Alderman believes that the dreams are memories of past lives. The lives live in his subconscious, and the cure is hypnotherapy.

After several months of suffering with these increasingly emotional recurring dreams, Ted turns to Ann for help. One of Ann’s specialties is hypnotherapy and since he must be able to trust the hypnotist, Ann is his only salvation. Ann’s agreement to try and help (at the urging of a mutual friend) sends her carefully regimented and calm life into complete turmoil. The garden gate they pass through together sends them on a journey that defies time and reason, forcing them to rethink their past, present, and future. Now, each must reconsider their capacity for love and forgiveness. Things are not always what they seem.

"This author does an amazing job of interweaving the beauty of another day and age with the harsh modern world. Mystery lovers will be pleased, but the romantic and mystical, even supernatural fans out there, will be over the moon for this one." ~Amy Lignor
"From the intriguing dialogue to the expansive plot that wraps around a truly unforgettable couple, this book has it all!" ~ Feathered Quill Book Reviews

Previously, Sally worked on network television, feature films, and documentaries in science, medicine, and aviation. She owned and operated a medical advertising company with her late husband where they produced and wrote teaching films for major medical and surgical manufacturing companies. Additionally, they collaborated on two feature films (direct to video).

In addition to writing every day, she works as a surgical scrub nurse and enjoys sewing, cooking, baking, candy making, cake decorating, and spending time with nieces, nephews, step-children, and grandchildren.

Open only to those who can legally enter, receive and use an Amazon.com Gift Code or Paypal Cash. Winning Entry will be verified prior to prize being awarded. No purchase necessary. You must be 18 or older to enter or have your parent enter for you. The winner will be chosen by rafflecopter and announced here as well as emailed and will have 48 hours to respond or a new winner will be chosen. This giveaway is in no way associated with Facebook, Twitter, Rafflecopter or any other entity unless otherwise specified. The number of eligible entries received determines the odds of winning. Giveaway was organized by Kathy from I Am A Reader and sponsored by the author. VOID WHERE PROHIBITED BY LAW.
a Rafflecopter giveaway