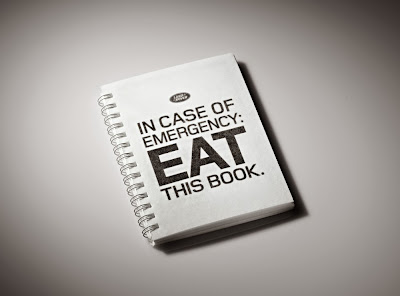 Today's giveaways offer essential things that a person might not always think of, but that would be quite useful in a variety of scenarios.

I found the LifeStraw giveaway to be particularly enticing, as survival is a normal part of the lifestyle in living on the Mississippi River, here. Water is, of course, something that is crucial, and I am always perusing good tools and devices to ensure a supply would be readily available, in any case.

For the ladies, the beauty survival kit is wondrous. A pack of essential items such as these, is always a necessity. What a perfect ensemble! Of course, some men may disagree on the use of "survival kit" for this, but we ladies know it's true!

Then, there is a weekly giveaway from Rayovac. You can be sure that pretty much anything a person wins from Rayovac, would be useful in some type of survival scenario. Also, to put to good use at home!

Today's bonus... well, it's a story of survival.

One entry per person/email address, with bonus entries available. Open to legal residents of the U.S. and Canada, 13 or older. Void where prohibited. Ends April 30, 2015.

* Prize is a Macy's Beauty Survival Kit, which includes the Following:

Rafflecopter entry. Ends in 8 days. Other than this, I found no rules for this giveaway. I did botch up my entry, accidentally hitting the enter button before my email address was complete, so did not continue with further entries. Hence, the rules may still be in there somewhere.

One to Ten winners are selected each Friday for this sweeps.

* Prizes vary from week to week.

One entry per person/email address per week. Open to legal residents of the 50 United States, D.C., and Canada (excluding Quebec), at least 18 and the age of majority in their place of residence. Ends June 30, 2015.


From Goodreads... The chance to win a book about one man's survival...
Book Giveaway For Look to Your Left: A True Story of Law School Survival in the Face of Impossibility, Murder, and an Appalachian Apocalypse

Enter to Win Free Groceries, and So Much More! 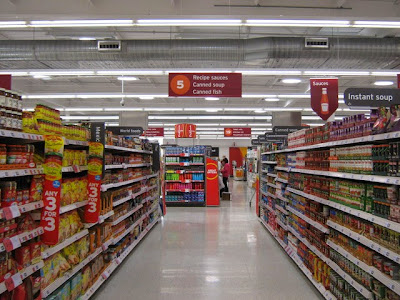 Today brings the chance to win something that everyone can use. Free groceries! Yet, as if this isn't enough, there are still so many more prizes. Each and any one would be such a wonderful win!

Speaking of wonderful wins, this was a pretty good week for me. Along with the cozy mystery books I mentioned earlier in the week, I also won a free Puracyn product. This was from a post on their Facebook page, which required a comment to enter.

Along with these, I also won a free digital download for an XBox 360 game, valued at $14.99. This was from the Big Night In Game.

I won by text entry. You can text the words FAMILY FUN to short code 87654 for your shot at a win, if you'd like. Chances are pretty good with this one, and you are allowed up to five prizes for the duration of the game, though only one first prize. That's quite ok by me, so, the next day I won a two day Xbox Live Gold trial!

Thanks much to Puracyn and to Mars for these wins!

* Grand prize is a $300 grocery gift card for a grocery store near winner’s residence.

* 10 Winners will each receive a $250 Walmart e-gift card and gift package having a value of approximately $200 containing items suitable for a spring party. Total ARV $450, each.

Total daily Prizes are as follows:

For the chance to become CEO (Chief Egg Officer) and to receive a year's supply of eggs and $5,000...
Eggland's Best "2015 Chief Egg Offficer Search" Contest

Enter to Win a New Car! 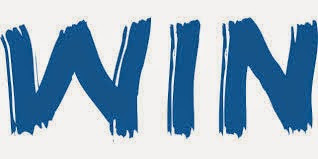 If you have been dreaming of that new car sitting in your driveway, without the new car price tag, then today is your lucky day! You have, not one, not two, not even three, but four ways to win a new car!

Just imagine the excitement that a win like this would bring, for your entire family! Of course, you'd certainly feel the joy, every time you drove your win to do anything at all...

Up to 7 entries per person in the main sweeps, for viewing videos, with bonus entries available. Open to legal residents of the 50 United States and D.C., 18 or older with a valid driver's license. Ends June 30, 2015.

This sweeps can also be entered by texing the word FIESTA to short code 467467.

one entry per person/email address/wireless telephone number. Open to legal residents of the 50 United States and D.C., 18 or older with a valid driver's license. Ends May 6, 2015.

One entry per person/email address. Open to legal residents of the 50 United States and D.C., at least 18 and the age of majority in their place of residence. Ends May 22, 2015.

For the chance to win a 2015 Ford Mustang from Goodguys...
Goodguys 2015 Giveaway


I received an email telling me that I am a winner of an animal lovers Cozy Mystery bundle, from Kensington Publishing! This was a one day giveaway, which I posted on twitter in this post.

I love a good cozy mystery, so I am thrilled with this win! The animal-lover theme just makes it that much more fun! Thank you, Kensington Publishing!

If You Won a Day Off, What Would You Do With It? Today brings the exciting prospect of winning a day off, with good pay, offered by Bonne Maman! What would you do with your day if you won it? Perhaps you could soak up the sun while swinging in the glider offered by SunSetter, or increase your winnings with a prepaid Visa card from The Beat!

Unless, of course, you wind up winning a new Schwinn bike... Then, I know what I'd be doing!

There will be no post on Wednesday this week... Nothing so glamorous as a paid day off, just the mundane chore of sitting in the shop waiting for my truck to get fixed :)


The Bonne Maman “Win a Day Off” Sweepstakes

* The first 10,000 entrants in each entry period will receive a Sponsor selected 1 oz. sample jar of Bonne Maman. No ARV. Limit of one sample jar per person/household for the duration of the sweeps.

One entry per person/email address per entry period. Entries do not roll over into subsequent entry periods. Open to legal U.S. residents, 18 or older. Ends May 31, 2015.

Entries do roll over for this sweeps.

One entry per person per day, with bonus entries available. Open to the U.S. and Canada, except where prohibited, 18 or older. Ends April 22, 2015.


Monthly entry... for the chance to win a good bike, and other good stuff...
Georgia Pecans / Schwinn Sweepstakes