We are currently experiencing technical difficulties. Pleas stand by. Regular posts will resume as soon as possible...
Remember this?
Ok, so another internet outage has delayed Friday's post. We were recently informed that they are in the midst of a million dollar upgrade to the system, so, hopefully, this will alleviate these issues soon.
Thank you for your patience!
Posted by Jennifer L. Thompson at 10:49 PM No comments: 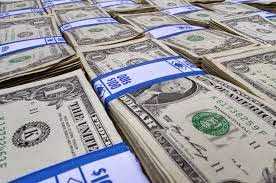 Today brings us back around to that wonderful prize of money... Good old fashioned Cash... Moola... Greenbacks...

Whatever way you want to put it, it is one useful prize! Whether you use it for necessities, or for fun, or even for investing in some collectibles, it is a universal tool that anyone can use!

It just makes you want to sing!

(Do we really need a reason to sneak in a little Pink Floyd?)

Rafflecopter entry. Open only to those who can legally enter, receive and use money sent via Paypal. Ends April 15, 2015.

If you are a member of Kellogg's Family Rewards, you may use your rewards points to enter this sweeps. Otherwise, you will need to post your voting choice to your Twitter, Pinterest, or Instagram account, with the hashtag #RKTreatSweeps, and you must then also email the link to RKTreatSweeps@kellogg.com for your entry to be verified.

One entry per day for logging in, with bonus entries available. Open to legal residents of the 50 United States and D.C., 18 or older. Ends April 26, 2015.

Email ThisBlogThis!Share to TwitterShare to FacebookShare to Pinterest
Labels: Cash, Hillshire Farms, I Am A Reader. Kellogg's, Paypal

Win Concert Trips, and a Year's Worth of Mortgage Payments! 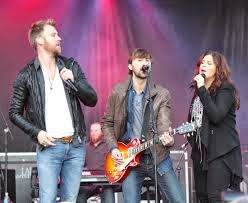 Today brings more sweepstakes offering travel prizes to attend some fabulous events. Concerts and Rock Festivals can be so dang much fun to go to, how could a person pass these sweepstakes by? Of course, winning the year's worth of mortgage payments could certainly give a person a big thrill, too!


The Riunite This is R Moment to Rock Sweepstakes

This is actually a sweepstakes and a contest, as entries are being judged to determine grand prize winners. You must write a brief essay to enter, of no more than 50 words. The essay must address the question "What would meeting Lady Antebellum and getting one year's worth of mortgage payments on behalf of Quicken Loans mean to you?"

25 finalists will be chosen for review by the judges, who will then judge these entries based upon the following criteria:

You can only win a first or second prize through the sweepstakes portion.

* 7 Grand prizes, each of which includes a two day/one night trip for two to attend a Sponsor specified concert during the Lady Antebellum Wheels Up Tour; winner's choice of Lady Antebellum's Heartland Bedding; an autographed copy of the 747 album; and a year's worth of mortgage payments. Total ARV up to $26,272.92.

* 2 First prizes, each of which includes a two day/one night trip for two to attend a Sponsor specified concert during the Lady Antebellum Wheels Up Tour; winner's choice of Lady Antebellum's Heartland Bedding; and an autographed copy of the 747 album. Total ARV up to $2,272.92, each.

Open to legal residents of the 48 contiguous United States, D.C., and Puerto Rico. One entry per person/email address/household. Ends April 13, 2015.

Win a Trip to See Kenny Chesney, or the Kentucky Derby, or Tickets to the Event of Your Choice! 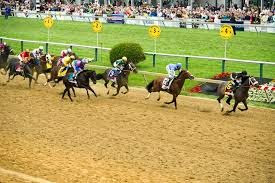 Today's sweepstakes offer some exciting prizes. First, you could be the lucky winner of a trip to see Kenny Chesney in concert in Detroit, with a pre-concert trip to Nashville, if you so choose. Then, there is a trip to one of my favorite events of the year, The Kentucky Derby. This is followed by the chance to win a $1,000 gift card to Ticket Master, to buy the tickets of your choice!

There certainly is no lack of thrilling things to do! If only a person could do them all...

This sweepstakes has a number of different entry periods, as well as options for winners, so I have just offered the gist of it here. See rules for full details.

* Grand prize includes two suite tickets to see the Kenny Chesney “The Big Revival” Tour 2015 in Detroit, MI on August 22, 2015; the opportunity for winner and guest to meet Kenny Chesney in Detroit, MI; plus the option to enjoy a trip to Nashville before the concert, or to go directly to Detroit. Total ARV $3,000 to $5,400.

One entry per person/email address/household. to legal residents of the 48 contiguous United States, D.C., and Puerto Rico, 21 or older. Ends August 3, 2015.

One entry per person/email address, with bonus entries available. Open to legal residents of the 50 United States and D.C., 21 or older. Ends April 5, 2015.

This sweeps also offers various "instant" offers for various discounts, as well as wallpapers for your computer, and a few other things.

One play per person per day, with bonus plays available. Open to legal residents of the 50 United States, D.C., and Puerto Rico, at least 18 and the age of majority in their place of residence. Ends April 30, 2015. 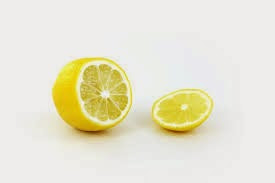