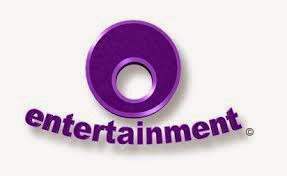 Today's entertainment is a fun watch. This movie takes place during the early years of modern sweepstakes. At that time, sweepstakes was associated with horse racing. A player would buy a sweepstakes ticket, and then the process went through something of a "runner-up" tier, to the next level. Players were then connected with a horse, and then won according to how their horses placed. Winners would receive cash awards. Whoever sweeps [the race], takes [the money]!

In this movie, "Annie" gets her chance...

For all the excitement of live rodeo...
Win a trip to the Wrangler National Finals Rodeo!

Win Prizes Worth a Hundred Bucks and Under!

Today's sweepstakes offer lots of prizes that are too fun to win to pass by! Have you ever found a stray Benjamin in your jeans on washday? Probably not. Have you ever left a C-note for a tip? Possibly, though not really likely. For most people, those hundred dollar bills are far too valuable to toss around carelessly!

What luck, then, today, that these sweeps are all offering prizes worth a hundred bucks and under!

Chicken of the Sea 100 Days of Good Sweepstakes

Unlimited entries allowed, though each entry must be unique. Open to legal residents of the 50 United States and D.C., 18 or older and the age of majority in their state of residence (open to 13 and up with parental consent). Ends December 31, 2014.

You can also enter this sweeps by texting the keyword JUANITAS to short code 95577.

One entry per person/phone number/email address, regardless of method of entry. Open to legal U.S. residents, 18 or older. Ends October 31, 2014.


Save $1.00 when you buy ONE (1) Starbucks® Discoveries Iced Cafè Favorites including Caffè Mocha, Carmel Macchiato or Vanilla Latte

Though a lot of people may spend their idle time watching YouTube videos, not a lot of people think of it as a resource for finding sweepstakes. Of course, browsing it for open sweeps can be a time consuming task, as there are plenty of old sweepstakes to weed through in order to find what's current.

Yet, in doing so, you will see that an awful lot of sweepstakes do utilize YouTube for publicity. Use it right, and it will be a place to come back to for more sweeps. Some of the sweeps you find might not be easily found elsewhere, so this is a nice benefit.

Generally, the video will give you a general overview of the sweeps. Then you will be directed to a link to the page where you can enter. Sometimes you can click the link directly from the video, and other times you will be given a Web address to type into your browser.

So, for today's sweeps, we explore some of what's out there for current sweepstakes on YouTube!


One entry per person/email address per day. Open to legal U.S. residents living in the 48 Contiguous United States and D.C., 21 or older. Ends October 8, 2014.

For this sweeps, one entry per book order is permitted. To enter without ordering anything, print out this form and mail it to the provided address. There is no limit to the number of mail-in entries, though each entry must be mailed in its own envelope. Open to legal residents of the 48 Contiguous United States and D.C., 18 or older. Ends October 6, 2014.

Enter for Your Chance to Win Home Electronics! 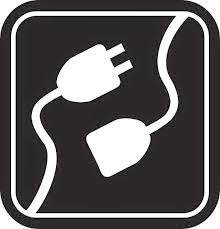 Today you have the chance to win the coveted sweepstakes prize of home electronics, in several different forms! Whether you'd like to win an Apple TV, a laptop, a tablet, or even an iPod, it's all right here!

One entry per household/email address per day. Open to legal residents in the 50 United States and D.C., with internet access, 13 or older. Ends October 21, 2014.

Grand prizes for each entry period are as follows:

Save 75¢ when you buy ONE (1) gallon Musselman’s® Fresh Pressed or Spiced Apple Cider.

Brighten Your Monday with These Sweepstakes! 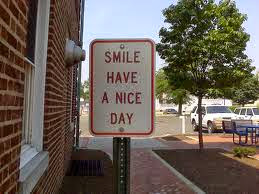 Another Monday has arrived. This one brings lots of great prizes to brighten your day. So, never fear, the week is off to a fabulous start!

With today's sweeps, you'll have the chance to win a shopping spree for the items of your choice; or you could win something elegant for your home decor; or you could win a stack of cash and a bundle of new stuff for your kitchen! Woot! That will make any Monday better!

This sweeps has a new and unique prize for the home, each day. You must enter daily to be eligible for each day's prize, as entries do not roll over into subsequent drawings. There is a limit of one prize per person.

(See rules for the complete list of equipment, and for cookbook titles).

One entry per person, with up to five bonus entries for referring friends. Open to legal residents of the United States and D.C., 21 or older. Ends November 4, 2014.

How Are Your Survivalist Skills? Can You Write? 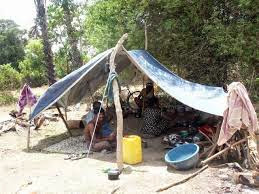 The Survivalist Blog is looking for survivalists who can write non-fiction articles about their survival passions. Articles must be a minimum of 500 words, and must be original. Available topics cover a wide range, and include the following, among many more:

* First place - A $500 gift certificate off of any product or products at MRE Depot!

* Second place – A gift a gift certificate for $150 off of Winchester ammo from LuckyGunner and a Wonder Junior Deluxe grain mill courtesy of Kitchen Neads.

* Fourth Place winner will receive – A copy of my book "31 Days to Survival: A Complete Plan for Emergency Preparedness" and "Dirt Cheap Survival Retreat" courtesy of TheSurvivalistBlog.net and copy of "The Survival Medicine Handbook" courtesy of www.doomandbloom.net.

Follow the link below for full details:
The Survivalist Blog Non-Fiction Writing Contest