Prizes for Mom, For Dad, and for Anybody! 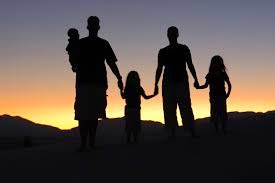 Today's sweepstakes offer some diverse and delightful prizes. Logitech has a great sweeps for Mother's Day, with the prize package that you pick just for her. Levi Strauss is taking care of Dad, with a nice bundle of goodies that you know he'll love. Duraflame has just the thing for any couple, or for friends, or even for a nice night with the family. Sitting around the fire, roasting something delicious, is always a fun way to spend a summer evening!

One winner for each prize package, total of four winners.

One entry per person. Open to legal residents of the U.S., and any other country in which participation would be permitted under local laws and regulations, 13 or older. Ends May 11, 2015.

One entry per person/email address/account. Open to permanent legal residents of the 50 United States and D.C., 18 or older. Ends June 18, 2015.

One entry per person. Open to legal residents of the 50 United States and D.C., 18 or older. 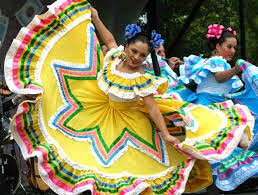 Cinco De Mayo is nearly here, arriving on a Thursday, this year. Perhaps you will be celebrating it, with good food, fine beer, lovely ladies dancing with dashing men, maybe even a parade or two. In the meantime, you can start your celebration here, with today's sweepstakes!

In case you'd like to find out more about this holiday, here's the scoop from the History Channel...

There is a conflict between the official rules for this sweeps, and the landing page for the online entry form. The rules say it is open to U.S. entry, yet the landing page says you must be a resident of California. I did enter this sweeps by texting the word "Cinco" to short code 68405, as I had not yet looked at the entry page. As always, your entry is your own.

One entry per person/phone number per day, regardless of method of entry. Open to legal U.S. residents, 21 or older. Ends May 10, 2015.

* 10 Runner up prizes of a goodie box that may include free Ricos product, recipe books, Ricos aprons and T-Shirts.

* Grand Prize is a 5 night all-inclusive stay for 2 adults at the Grand Oasis Palm in Cancun, Mexico. I found no ARV stated.

One entry per person, with up to two bonus entries for referrals. Open to legal residents of the 50 United States, D.C., Canada (Excluding Quebec), 21 or older. Ends May 5, 2015.

Win Prizes for the Kids! Maybe Some for yourself... 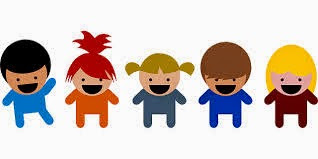 Today you have the chance to win some exciting prizes for the little ones in your life. Books to bring them joy, a cool new bed, plush toys, even donuts for a year! Of course, you might want to keep those donuts for yourself...

This sweeps is two parts, a weekly drawing and an instant win, both of which have entry periods independent of the other. The instant win portion is currently in its final entry period.

I found the combined ARV and prize description, for the instant win, to be a bit confusing. However, it appears to me that the prize may include a physical book and an ebook, along with an audiobook. Of course, this is only my opinion, based upon the information offered, and may or may not be the case.

* 200 prizes awarded each day, each of a physical copy of the book and downloadable audio version of the book; Paddington, by Michael Bond. ARV of each combined physical/electronic copy, $17.99. ARV of audio, $12.99.

The entry periods and weekly prizes are as follows, with one prize package awarded each entry period:

* Ending May 3 - Colors versus Shapes, by Mike Boldt; Charlie Goes to School, by Ree Drummond; Clark the Shark, by Bruce Hale; If You Were a Panda Bear, by Florence Minor; Splat and the Cool School Trip, by Rob Scotton; Ruff!, by Caroline Jayne Church; Digger and Tom!, by Sebastien Braun; This Little Piggy, by Tim Harrington; Dig, Dogs, Dig, by James Horvath; and Giant Dance Party, by Betsy Bird. Total ARV $226.88.

* Ending May 10 - A big screen Paddington Bear plush doll and a collection of the following books; 123 Versus ABC, by Mike Boldt; Sticky, Sticky, Stuck!, by Michael Gutch; Where the Wild Things Are, by Maurice Sendak; Goldilocks and the Three Dinosaurs, by Mo Willems; Cat Tale, by Michael Hall; Bang! Boom! Roar! A Busy Crew of Dinosaurs, by Nate Evans; Seed by Seed, by Esme Raji Codell; Just Say Boo!, by Susan Hood; Harry Goes to Dog School, by Scot Menchin; Kindergators: Miracle Melts Down, by Rosemary Wells; and Marley Goes to School, by John Grogan. Total ARV $212.88.

* Ending May 17 - A big screen Paddington Bear plush doll and a collection of the following books; My Heart Is Like a Zoo, by Michael Hall; 10 Little Rubber Ducks, by Eric Carle; This Little Piggy, by Tim Harrington; Dig, Dogs, Dig, by James Horvath; A Bed for Bear, by Clive McFarland; Clark the Shark Takes Heart, by Bruce Hale; Biscuit and the Lost Teddy Bear, by Alyssa Satin Capucilli; Splat and the Cool School Trip, by Rob Scotton; Baby Bear, by Kadir Nelson; and Tyler Makes Pancakes!, by Tyler Florence. Total ARV $229.88.

* Grand Prize is a Little Tikes Jeep Wrangler Bed (Though no ARV is stated, they offer this link to the product page ).

I found no entry limit stated, bonus entries are available. Open to legal residents of the contiguous United States (of course, it's void where prohibited), 18 or older.

For this sweeps, each entry generates a $1 donation from sponsor, to The Salvation Army, up to $30,000. The game consists of 10 entry periods, currently in the first one, ending May 4. Though entries do not roll over into subsequent entry periods, all entries are eligible for the grand prize drawing. 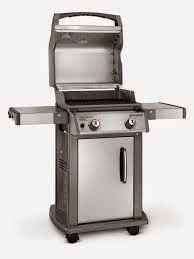 Yes, it's grill season again. That glorious time of year, when sunny days are filled with the luscious aromas of good food on the grill. It will titillate your senses at backyard barbecues, tailgate parties, camping, even a day at the park or the beach. Not only that, the barbecue sweepstakes are back in full swing!

Hershey's has returned with a nice instant win, again this year. I was happy to see this one back, as I didn't win last year, so it's nice to have some more chances. I'd like that little grill with the company logo! Yet, the other two would still be such a thrill!

Of course, if you're not into grilling, then maybe a good night out might be more to your liking, with today's bonus sweeps!

* 470 Prizes, each consisting of one Weber Smokey Joe charcoal grill with Hershey's brand logo, and one extension fork. Total ARV $32.49, each.

One entry per person/email address/household per day. Open to legal residents of the 50 United States, D.C., and Puerto Rico, 18 or older. Ends September 14, 2015.

You may alternately enter this sweeps by texting the word “Weber” to short code 30364, which I would recommend. The online form offered no verification of entry, when I entered.


For the chance to win movie tickets, and/or concession treats... This sweeps is by text entry only. I won fourth prize on this with my first play. There is a limit of five prizes per email address.
M&M's Brand 2015 Movie Game 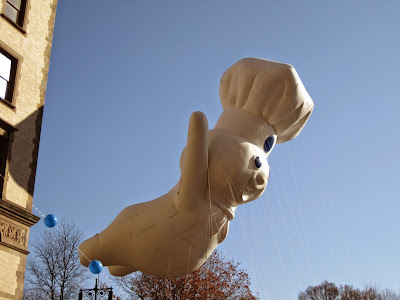 Today brings the chance to win something from some of those familiar brand names that so many know and love. Each is offering something that you surely won't want to pass up! Cash cards, canoes, fabulous vacations, cool things for the yard, and so much more!

* 25 Second Prizes, each of one copy of the Betty Crocker Grill Cookbook. ARV $20, each.

* Grand Prize consists of roundtrip airline vouchers on Orbitz’ choice of airline for four people to winner’s choice of destination in the United States; $2,400 Orbucks for an eligible hotel stay; $1,000 allowance for full-size rental car for length of stay; $500 spending money for water activities; and $3,000 for taxes. Total ARV $13,160.