The water here is finally down to normal levels, though the road has not yet been cleared of mud. So, today I ventured out to get the mail and some groceries, and found that I had won second place in the Prairie Farms June Dairy Month Sweepstakes! This was a single entry sweeps.

Thank you, Prairie Farms!
Posted by Jennifer L. Thompson at 4:01 PM No comments: 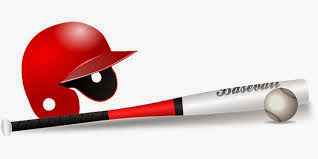 Today's sweeps offer something that any baseball lover could love. If you love to play, there's gear to win. If you like to collect, there's memorabilia to shop for. If you prefer to watch, there's that World Series game to go to, but don't forget the "Cracker Jacks"!

On the other hand, regardless of which sports you enjoy, there's also the chance to win a wad of cash with today's bonus sweeps!

This is an ongoing giveaway, beginning anew the first day of each month, and ending on its last day. The giveaway was not yet updated for the August giveaway at the time of this writing, so I did not list the specific prize for this month. July's prize was a Rawlings Wood Bat.

* One winner each month will win the Rawlings gear specified for that month.

One entry per person per month. Open to legal U.S. residents, 18 or older.

* 25 second prizes each week of a Lance Snacks branded soft-sided cooler, each. ARV $10 each prize.

* 50 third prizes each week of a Little League sticker, each. ARV $2 each prize.

For this sweeps, you will need a code to enter. You can find these on the prize inside specially marked Cracker Jack boxes, or you can request one to be emailed to you HERE. This link can also be found in the official rules.

Limit of one instant win prize per person/household/address.

If you enjoy making game predictions, and would like the chance to win some big money doing it...
ESPN Streak for the Cash

Instant Wins, Vacations, an Electric Car, and a Birthday Party!

I am back from my otherwise busy-ness, and the internet here is back in full swing. So, today, we have a good variety of sweeps for your playing pleasure. Have fun!


Power Up Your Summer with US Bank

*Grand prize is a four night trip for two to Pebble Beach, California. Includes air fare, accommodations, a round of golf for two, $2,500 spending money, and more. ARV $12,325.

For Listia users, or those who'd like to be...
Listia's 5th Birthday Raffles

Save 20% on any single purchase of loose Green Peppers at participating retailers. See offer info for complete details.

For the Bride in Your Life

Hello, Everyone!
I am ready to get back to blogging again, however, an area wide internet outage is now delaying my return.
Once they get things up and running again, regular posts will return. I had thought that would be by now. Alas, it was not.
On another note, my wins on the "M&M's Summer Movie" sweeps are now up to 6!
Posted by Jennifer L. Thompson at 5:29 PM No comments:

Could You Predict the Weather, for a Half Million Dollars? 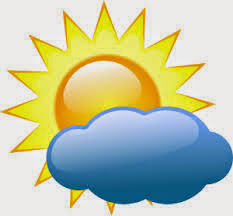 Today's contest is rather complex, though it's worth a shot for nearly anybody to give it a try. If you have some time to look into it, or even if you're just plain lucky, you may come up a winner!

The Indiana Colts are looking for entrants to accurately predict the "exact ambient outdoor temperature, in whole degrees Fahrenheit, at the relevant game site at the time of the kickoff of every Club game, per official NFL records, during the 2014 preseason and regular season, together with a prediction as to whether the roof of Lucas Oil Stadium will be open at the time of the kickoff of each Club home game."

Now, this certainly sounds like a tall order. However, they do give you a few tools to work with, offering expert predictions for someplace to start. Hence, your entry may take a bit of research. On the other hand, educated or wild guesses are certainly not out of the question!

For your outdoor adventure with a brewski photo...
Anchor Adventures Photo Contest


Posted by Jennifer L. Thompson at 8:30 AM No comments: