Prizes for Mom, for Dad, and for the Kids! 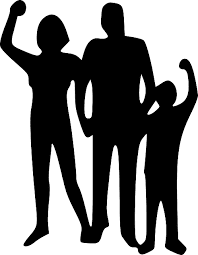 Today's games are loaded with prizes that the whole family will love! There's new toys for the kids, a new bag for mom, a fabulous trip for two (Oh, my! Who would get to go?), Tshirts, GoPro equipment for dad to love, and even a Halloween costume. Plus, there's a good snack in here!

With everybody covered, these sweepstakes might even give you a few moments of peace...

Radio Flyer How Do You Roll Daily Giveaway

This is a new sweeps each day, with a different prize for each daily sweeps. You are only entered for the prize that's shown on any day you enter.

* One Grand prize each day, each consisting of a Radio Flyer product. ARVs vary.

One entry per person per day. Open to legal residents of the 50 United States, D.C., and Canada (excluding Quebec), at least 18 and the legal age of majority. Ends October 23, 2015.

This is a monthly giveaway, with one prize awarded each month.

* October's prize is a "City Barlow" bag from Dooney & Bourke. No ARV stated.

No entry limit stated, bonus entries are available. Open to legal U.S. residents, 18 or older. Ends on the last day of any given month.

One play person per day, with a limit of five emails per household. Open to legal residents of the 50 United States and D.C., 13 or older. Grand prizes entries must be in by November 17th, overall game ends December 31, 2015.

Another Update and a New Sweeps! 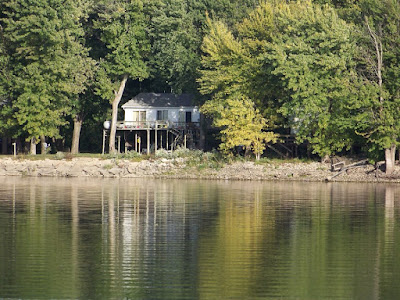 The view of our former cabin-home, as seen from the island that sits across from it. The tree next to the deck, toward the left side of your screen, is the one that came down in the storm. Now it will be a cabin.


Today I thought I would take a few moments to update everyone on our house situation, as things have progressed. For new readers, the cabin on the Mississippi River that was our full time home, had a tree fall on it in a violent storm this past spring. There was tremendous damage to the home and personal property within, so I have been temporarily staying in a nice fifth wheel camper since that time.

Now, we have decided to buy a new home in the Quad Cities area of Illinois/Iowa. Though we loved our life on the river, excessive flooding in recent years had created too much hardship to be able to continue living there full time, with the turn of events. I do believe we have made the best choice we could.

Now, we will be putting a new roof on the cabin, to get started with the extensive work that needs to be done. With that done, we can then continue to work on various projects as we see fit, without the pressure of it being our sole place to live. This will again make doing these things an enjoyable task, as opposed to a stress-filled chore. I still love it : )

In other news, a while back I reported to you in this post about winning third prize in a Garden Tower Giveaway, of a $100 off coupon. Being in the flood survival situation that I was in for about 12 years, a deck garden was very important to me, so I had looked forward to getting a Garden Tower for some time, to try it on for size. Unfortunately, it didn't work out at the time.

Well, the good news is that they recently sent me a second chance coupon! Since the new home has a small fenced in yard, it will work well for our dogs, but not so much for a garden of any sizable area. So, I am thrilled to say that I was able to order a Garden Tower with the second chance coupon, for our new house now! Yay!

With this bit of good news, I found that Burpee is offering a Garden Tower prize in a current sweepstakes, so I thought I'd list this one for today. It really is a magnificent prize! Of course, the leaf mulcher and Burpee gift cards are certainly as welcome, as any gardener knows!

Are You Ready to Score Some Vacation Perks? 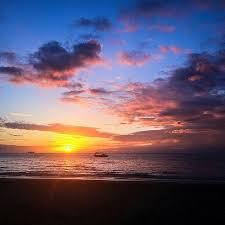 The perks of sweepstaking are certainly abundant. Sometimes there are coupons just for entering, which is always a nice benefit. Yet, the biggest perks and benefits are often found in the actual prize packages. Today brings the opportunity to win some nice travel perks, built right into the prize!

These prize packages contain some of the things that one doesn't always get with travel packages, so it is certainly an exciting win for someone to score. Tours are one of these little extras, to make that vacation so memorable. Here, today, there is also the chance to nab some winter gear (including snowboards and whatnot), for an outdoor adventure while you're traveling about. Of course, gift certificates for fine restaurants are certainly as much of a treat!

On another note, over the years I've read comments from various sweepers, saying that vacations are actually relatively easy to win, if one wants to focus on this category. They are generally abundant, and are somewhat less in demand to entrants than some other prizes may be. Don't quote me on that, but that's what I've heard. It is not a focus for me, personally, so I couldn't say from my own experience. Still, I could use a good vacation right about now...

One entry per person/email address per day. Open to legal residents of the 48 contiguous United States, 21 or older. Ends October 31, 2015.


Nestea Plunge Into The Season Sweepstakes

If your thoughts are instead on being home for the holidays...
The $5,000 Holiday Sweepstakes - Presented by Mrs. Cubbison’s Stuffing, Croutons and Salad Toppings 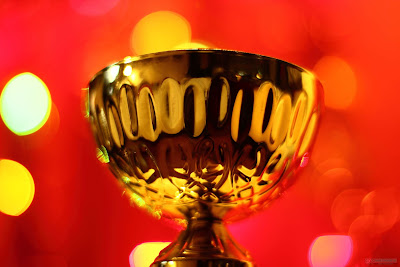 Today you have the fabulous chance to win prizes that are worth their weight in gold! Well, maybe not literally, but, well, you know how it is. Maybe so. Small appliances, toasted English muffins, kitchenware, a nice chunk of cash, all would add value to any day. Fun to use, but useful, too! It's the best of both worlds!


Bays English Muffins "All the Ways to Bays" Sweepstakes

Though you are not required to pin, the rules state that you must have a Pinterest account to enter this sweeps. Prizes change according to the specified dates, with one awarded each day.

* 5 promotional period prizes, each of various Farberware PURECOOK Ceramic Nonstick cookware in winner's choice of color, ranging in value from $30 to $180, with a matching prize to give to a friend.

One entry per person/email address per day. Open to legal residents of the 50 United States, its territories, and D.C., at least 18 and the age of majority. Ends January 11, 2016.

After your first entry, the instant win portion of this sweeps requires a "bag code." You can find these on any Cheetos product, or you can get a limit of 10 free codes each day, by calling 1-800-641-8963.

It's Time for a Monday Brief! 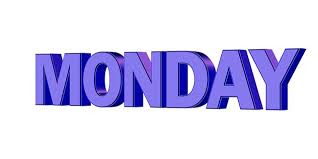 After an enjoyable weekend spent in primitive cabin/camping conditions, one out of three roofing contractors showed up for bidding. This seems to happen in this neck of the woods. So, I'm glad to have at least one bid to start with. Maybe next time we can get some more. Slowly but surely, things will move forward. Hopefully not too slow, though, with winter coming!

In the meantime, today's post is short and sweet, giving me a chance to do some catching up after some time away. I hope you enjoy today's sweepstakes!


Single entry, ends November 30. Midas will donate a meal to a food bank for every entry...
Win Tires, Fight Hunger!