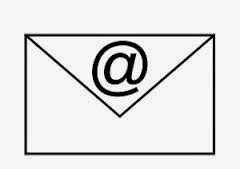 As anyone who enters sweepstakes regularly knows, email management is a part of the game. If your emails get out of control, which isn't hard, you might easily miss a winning email or some other important message. Hence, it is important to develop systems to manage and streamline your emails.

The other day, I was watching CBS This Morning, and a tech guy from Yahoo! was talking about managing your emails. I usually do pretty good, though I do find it to be a time consuming task, at times. Unsubscribing is my biggest annoyance. One thing the tech guy suggested caught my attention.

He talked about a Website that could manage all of your email subscriptions in one place. You could get a list of all of your subscriptions, and go through to unsubscribe from the ones you no longer want, effortlessly. So, I decided to check it out.

The Website he referred to is Unroll.me. All you do is enter your email address. That's it. When I first tried it, I got an error message, so was rather disgusted. I tried it again, and got the same thing. So, I gave it up.

A little while later, I received an email that said I have 378 email subscriptions. I was quite surprised. I clicked through to see what the rest of the process is. It is really quite easy.

There is a list of your subscriptions, in alphabetical order. Two commands to the right of each subscription offer you the opportunity to either "Rollup" a subscription, or to "Unsubscribe." I was primarily interested in the unsubscribe feature.

I could also see, from looking through the list (my own observation, not the site's), that not all of these subscriptions were still active from the sender's end. I hadn't seen some of the newsletters in quite some time. So I was glad to get rid of some obsolete stuff, too.

It took me less than five minutes to unsubscribe from 103 newsletters. I was pretty happy with that.

Though I did not try the "Rollup" feature, yet, as I understand it, it will send you a daily digest of all the newsletters you add to it. I don't really feel the need for this feature, personally, at this point. Though, I may at some time in the future.

If you have been overwhelmed by your inbox, don't mass delete! Mass unsubscribe! Give Unroll.me a shot, and you may find that it's too surprisingly easy to pass by.

For the DIYer...
Bob Vila's DIY Dollars Give-Away from InComm

For one of those summer time necessities... single entry
Cowboy Charcoal Sweeps 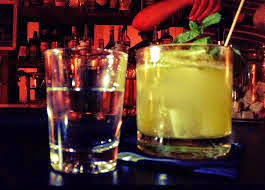 Today's sweepstakes offer the fun and friendship of a get-together with your besties. A few drinks, some casual conversation, and, of course, a gift for the designated driver (if anybody is willing to leave).

First, the new bar you've invited everyone over to christen...
Build Your Dream Bar Sweepstakes

One entry per person/email address, with bonus entries available for sharing. Open to legal residents of the 50 United States and D.C., 21 or older. Ends July 20, 2014.

Then, must-haves for your new bartending position - some good olives, and something to play with...
The Star Olive Pouch and Stress Ball Sweepstakes

* 5 winners will each receive a set of Star olive pouches and an olive stress ball. No ARV is stated.

One entry per person, with bonus entries available for social sharing. Open to legal residents of the 50 United States and D.C., 18 or older. Ends July 13, 2014.

Finally, some free gas for the DD...
Gas Buddy Outsmart the Pump Sweepstakes

One entry per day, with bonus entries available for performing various tasks. Open to legal residents of the 50 United States, D.C., and Canada (excluding Quebec), 18 or older. Ends September 8, 2014.

For some cash on hand...
#My360Independence Sweepstakes 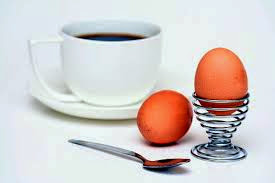 Today is a quick virtual breakfast of eggs and coffee, and a little note from yours truly :)

We have been experiencing some flooding this year, as you may be aware. It is now becoming a major flood that much of the Midwest is experiencing. This is currently projected to be the second highest flood on record for this area.

The point is, if the blog posts happen quit coming for a bit, not to worry. I may be evacuated, or the power could temporarily be out, or there will be some other logical explanation. If this should occur, I will be back posting as soon as possible.

Should a pause in posts be warranted, be free, as always, to scroll back through previous posts to get those daily entries in until my return!

* Grand prize is a prize pack including the following:

One entry per email address. Open to legal residents of the continental (in other words, the 48 contiguous) United States, 18 or older. Ends September 15, 2014.


Then there's the coffee...
Know Your Joe? Coffee Trivia

Today's sweeps offer prizes that could be considered luxurious. A beautiful deck, a gorgeous bangle, and a trip to Fiji. Who says the lap of luxury isn't what it's cracked up to be? You could be sitting in it, with a win from these sweeps!

See rules for mail-in entries, by which you may enter as often as you wish.

The rules on this are a bit sketchy. In fact, there are no official rules, except to say this sweeps is not affiliated with Cartier, and that the ARV of the prize was determined at the time the bracelet was retired from the collection.

Winner will be announced August 1st, according to the entry page. It appears that entering on this page will give you an entry, and that posting selfies of you and your favorite jewelry with the hashtag #OpulentMe will give you more entries, from what I can tell. Check it out, and see what you get from the instructions. In any event, this prize is fantastic! 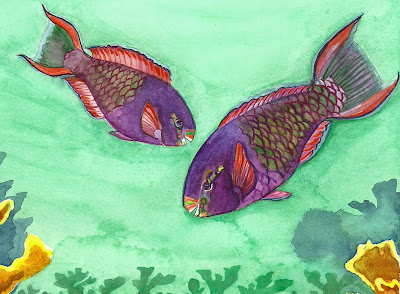 Today's sweepstakes are a miscellaneous gathering of things that would be nice to win. No rhyme nor reason to it. Yet, if you won any of these prizes, you'd feel mighty fine!

Entries do not roll over into subsequent drawings for weekly prizes, so you must enter each week to be eligible for each weekly drawing, though all entries are eligible for the grand prize drawing.

Daily entry, according to the entry confirmation page, though no limit is specified in the rules. Open to legal U.S. residents, 18 or older. Ends July 20, 2014.


The Food Network Store "Get Your Grill On" Sweepstakes

* Grand prize is an Essential Grilling Toolkit, consisting of a variety of barbeque tools, pans, grilling baskets, and utensils. ARV $500.


Flog It On Flogr Sweepstakes

One entry per person, with bonus entries available for social sharing. Open to residents of the U.S. and UK, 18 or older.

For the chance to win a three-horse Featherlite trailer...
Equus Trailer Giveaway

Break Out Your Comfort Food Recipes! 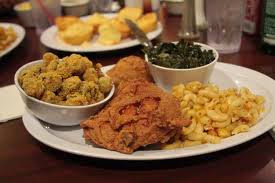 Today's contest is based out of Nova Scotia, so you could find yourself with an international win to brag about for the rest of your life! Ok, ok, it may not be your first, or last. Still, even if it was your only one, no one could ever question your cooking skills again!

Entries will be judged based upon taste, creativity and ease of preparation for the average household cook. If you have a story that goes with your recipe, these are appreciated, though optional.


Multiple entries are permitted. Open to all individuals who are not food professionals, and are 19 or older. Ends July 31, 2014.


If you need a refresher...
Tips for Writing Winning Recipes

For those with a talent for cooking seafoods found in the waters of Maine...
Maine Lobster Festival Seafood Cooking Contest


Put smiles around your table and save $5.00 when you spend $25.00 on Ore-Ida® Frozen Potatoes or Frozen French Fries.