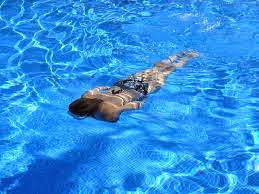 Today's sweepstakes offer prizes from some of those familiar names that so many know and love. Even if they are new to you (as "Redneck Island" would be to me, if I'd ever watch it), the prizes are still fun!

One entry is given for registering, with a total of up to 32 entries available for performing various tasks. Open to legal residents of the 48 contiguous United States and D.C., 18 or older. Ends February 20, 2015.

One entry per person/household/email address per day. Open to legal residents of the 48 contiguous United States and D.C., 6 years or older (minors must have parental consent). Ends March 31, 2015.

One play per person/email address per day, with bonus entries available. Open to legal residents of the 50 United States and D.C., 18 or older. Ends February 13, 2015.

A reading challenge for kids ages four to eighteen. They can win books for their local schools or libraries, and trips to WrestleMania 31 in Santa Clara, CA (with their parents, of course)!
The 2015 WWE WrestleMania Reading Challenge


For kids ages 6 to 17, with parental permission...
Cruise with Spongebob & Tracfone Sweepstakes