Here's Your Chance to Win a TV, an Electric Tea Kettle, or a Trip to Boston! 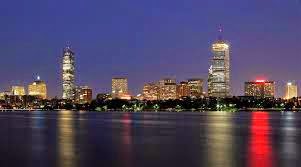 Today's sweepstakes offer all kinds of delightful prizes, to get you on your way to a great weekend.

If you've been looking for a new TV or some new furniture, you've got the chance to win it. Always wanted an electric tea kettle? Five winners will get one! Of course, history buffs will certainly delight over the chance to win a trip to historic Boston.

No entry limit stated. Open to U.S. Residents, 18 or older, though will only ship to the continental U.S. Ends February 1, 2015.


KitchenAid Get Cozy with Color

* Grand prize is a three day/two night trip for two to Boston. Includes air fare, accommodations, a $500 stipend for the trip, a one-day historical tour of Boston, a tour of the Samuel Adams brewery, two Samuel Adams Swag Packs, and more. Total ARV $4,460.

One entry per person/email address per day. Open to legal residents of the 50 United States and D.C., 21 or older. Ends February 9, 2015.