Would You Like to Create a Scene with Some Poultry? 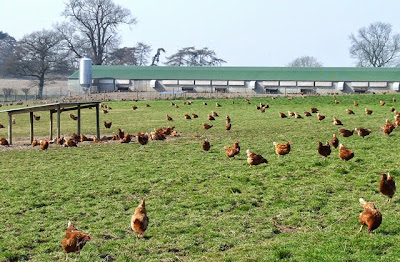 Backyard Poultry Magazine and Nite Guard Solar are offering a contest for poultry lovers, landscape lovers, and photographers at any level of expertise. For this contest, you are asked to take a photo of some beautiful landscape, and to include poultry in the shot.

Of course, no animals can be harmed in the making of the scene, and as always, you'd need to keep it tasteful. Outside of this, the limits of your imagination are the primary boundary.

Photos will be judged by votes from the general public, so no other judging criteria is offered. If you have a sense of what is popular (you could potentially think in the realm of nicely done viral photos you may have seen on the Internet, for inspiration), then you would have a good idea of what direction to take with your entry.

The only criteria stated for which locations are eligible to enter is "void where prohibited." Hence, it may be open to worldwide entries, though it might not. In the end, as per usual, it's your entry, so use your own best judgement.

One entry per contestant. Must be 13 or older to enter, void where prohibited. Deadline for submissions is December 17, 2014, last day to vote is December 21, 2014.