Win a Vacation in a Warmer Climate! 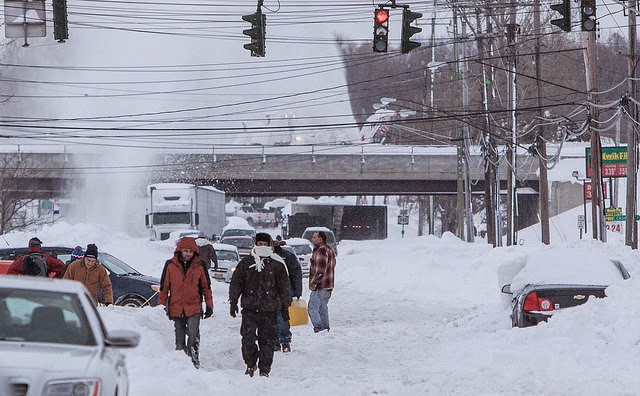 Winter weather has arrived with gusto. With widespread freezing temperatures, lake effects snow storms burying homes and vehicles, freezing rain and ice covered roads, all followed by the promise of floods in some areas, this season is definitely packing a punch.

Maybe you're the rare bird who is loving it. Maybe you're like me, and are dreaming of baking your soul in the sunshine, rather than being battered by all these unpredictable twists and turns that mother nature has bestowed.

As luck would have it, today's sweepstakes offer the chance to win a nice, toasty warm vacation, someplace where the sun still shines...

* One instant win prize is awarded each day, of one Travel Channel branded notebook, each. ARV $4.98, each prize.

Up to two entries per person/email address per day, and one instant win play. Open to legal residents of the 48 contiguous United States and D.C., 21 or older. Ends November 30, 2014.

One entry per person/email address. The rules say that this sweeps is open to legal residents of the 50 contiguous United States, D.C., and Canada, 21 or older. Of course, generally speaking (and in a correct sense), "contiguous United States" means the 48 states of the continental U.S., so this sweeps may or may not actually include AK and HI. Judging from the ARV, I'd guess these two states are excluded, though this is merely my own assessment. As always, your entry is your own. Ends June 30, 2015.

One entry per person per day. Open to legal residents of the 50 United States, D.C., and Canada (excludes Quebec and Puerto Rico), 21 or older. Ends December 31, 2014.

For a trip to the 2016 Pro Bowl in Hawaii...
Sabra NFL Ultimate Tailgating Sweepstakes


Save $10.00 when you spend $30.00 on any of the following Procter & Gamble products; Duracell, Tide, Downey and more. See site for complete list.