Goblins, and Monsters, and Ghouls, Oh My! 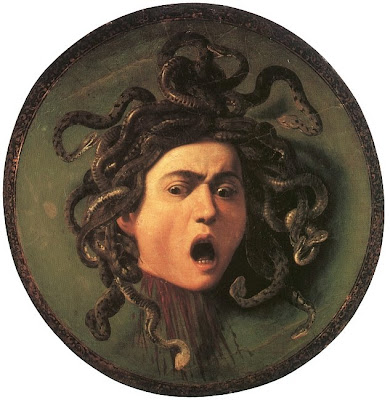 Perhaps your home is already ghoul-proof and Halloween-ready, perhaps not. If not, today's sweeps could help to fend off those scary ghosts and goblins, all waiting patiently for their chance!

Some wonderful Halloween-themed popcorn and snack tins, placed strategically around the house, might do the trick. Add to this an Amazon gift card, to create the perfect costume with, and you'll be the one doing the scaring! Finally, with a win from "Ghost Adventures," you'd have the chance to go all out, giving even the ghastliest witches and warlocks one heck of a good enough treat! Whew!

Daily entries via widget. Open to legal residents of the U.S. and Canada (excluding Quebec), 18 or older. Ends October 31, 2014.

As stated in the rules "Multiple entries are allowed," though the sweeps landing page adamantly limits entries to once every 24 hours. Open to legal residents of the 48 contiguous United States and D.C., at least 18 and the age of majority in their place of residence. Ends November 4, 2014.