Virtual Dinner and a Movie, with Some Time to Catch Up! 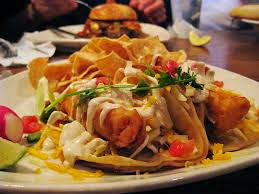 Today's sweepstakes offer a relaxing evening with some good food and a movie. It's the perfect chance to catch up on what's been going on!

* 10 winners per weekly entry period (450 total) will each receive a prize pack consisting of two Sea Cuisine VIP coupons, each redeemable for one High Liner Sea Cuisine frozen seafood product, up to $6.99; and one $25 Visa gift card. Total ARV $38.98 each prize package.

Limit of one prize per person.

One entry per person/household/email address per entry period. Open to legal residents of the 50 United States and D.C., 18 or older. Ends January 5, 2015.

Catching up on all the latest over dinner...

The "Liquid Plumber Clog Culprits" instant win game that was originally in the Sweeping it Clean post from April 23, is back. The original sweeps ended on June 16. It has since become a new sweepstakes, as of July 1, ending on September 1, 2014. The prizes are the same.


If you ventured to crack the clues for "phase two" of the "Doritos Bold Flavor Experiment," from the April 29 post Today's Sweepstakes Brought to You By the Color Yellow..., the answers have been revealed!

Then, it's on to the movies...
Wyler's Light Movie Night Sweepstakes

Limit of one daily prize, AND either one grand prize OR one Ultimate movie package per player.

One entry per person/email address/Facebook account per day. Open to legal residents of the 50 United States and D.C., 18 or older. Ends August 22, 2014.

Save 50¢ when you buy ONE (1) PACKAGE any flavor 4 OZ. OR LARGER Green Giant™ Veggie Snack Chips