Do You Have the Skills for Solving a Rubik's Cube? 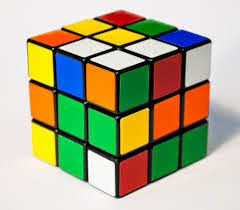 Today's contest is for those who love the Rubik's Cube. If you have spent the time to master it, and you have the skills to show it, then you'll quite likely enjoy this. People from around the world compete, and share a common bond.


This competition is under the World Cube Association regulations, which are far too involved to sum up here. These may warrant some studying if you are not familiar with them. However they do offer a tutorial for those who may not be. Though the competition is open to novices and experts alike, contestants under the age of 18 must have parental consent.

There are a number of choices for categories to enter. These include "Speed Solving," "Blindfolded Solving," "One-handed Solving," "Solving with Feet," and more. The type of puzzle being solved offers still more categories (i.e. 2x2, 3x3, 4x4, etc).

In the end, cash awards and plaques are being given to the first, second and third place winners in 18 categories. Cash awards range from $50 to $2,000.

The 3x3 Speedsolve has the highest awards. These are $2,000 for first place, $1,000 for second place, and $500 for third place. This one also receives a "special prize" instead of a plaque, though this particular prize is currently unnamed.

The competition will be held at the Liberty Science Center in Jersey City, NJ, on August 1-3, 2014.