Get Winning in the Kitchen! 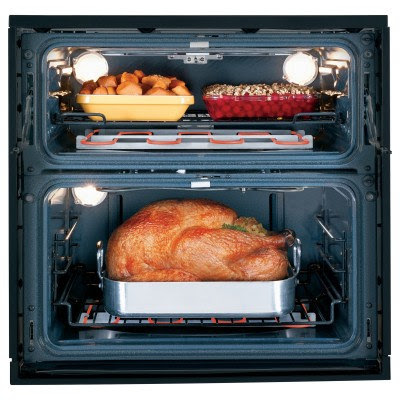 Today's sweepstakes prizes will make you a winner in the kitchen! First, there is a fabulous one-touch tea maker. I am a big fan of tea, so would love to try out a nice tea maker like this one.

Then, there is a year's worth of ham! Woot! "A year's worth" grocery prizes are always such a fantastic prize. They are great to have, and always give the budget a nice little boost.

Finally, there is a very nice wall oven! Appliances can sometimes put such a dent in the budget. Winning them is just so completely affordable!

What a great group of prizes!

Though the rules state that this giveaway ended in November of 2015, the referrer states that it ends April 3 of this year. You will find the entry form in the lower right hand corner of your screen.

Entry limit not stated, though it appears to be single entry with bonus entries available. Open to legal U.S. residents, 18 or older.

2 entries per person/email address/Facebook account/Loyalty account. Open to legal residents of the 50 United States and D.C., 18 or older (19 or older in Al and NE). Ends April 30, 2016.

This sweeps has three entry periods. The first ends on 3/27, the second on 4/10, and the third on the sweeps end date.

One entry per person/email address/Facebook account per entry period. Open to legal residents of the 50 United States and D.C., 18 or older. Ends April 24, 2016.