Enter to Win New Stuff for the House! 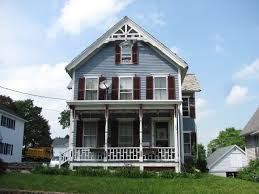 As we leap into the new year, today's sweepstakes offer the opportunity to win something new for the house. As far as houses go, it seems that there is always something one could use. I have not known this to ever end. Still, if you're like me, it keeps life challenging, and is a fun project to work on in daily life.

Yet, there are so many things that one could spend on, that it sometimes comes down to prioritizing. Which job cannot wait? Which thing would I really like to do? What is the spending budget available for any given project? What's on sale? Or, as is the case today, what could I win?

Perhaps the cupboards and doors could use some new hardware. If so, here is your chance to win it! Maybe your home entertainment could use some upgrading. What luck! Today, you have the chance to win that, too! Then, again, the furniture may be just plain worn out. Guess what? With today's sweepstakes, you could even win some new furniture!

Wow. A win from one of these, would certainly make choosing the next project so much easier!

One entry per person. Open to legal residents of the U.S. and Canada (excluding Quebec), who are at least the legal age of majority. Ends February 29, 2016.

For this game, you are assigned a "Prize Determination Square" each time you enter. Winning squares will be announced during the "Big Game," one at the end of each quarter, scheduled on February 7, 2016 at 7:30 pm Eastern Time.

Limit of three prizes per person.

One "Prize Determination Square" per person/email address/mailing address per day. Open to legal residents of the 50 United States and D. C., at least 18 and the age of majority as of January 1, 2016. Ends February 4, 2016.

One entry per person, with up to four bonus entries available. Open to legal residents of the U.S. (excluding AK, HI, Puerto Rico and other territories and possessions), and Canada (excluding Quebec, The Yukon and Northwest Territories, and Manitoba), 18 or older in the U.S., and 19 or older in Canada. Ends February 29, 2016.