Enter to Win Toys for the Kids! 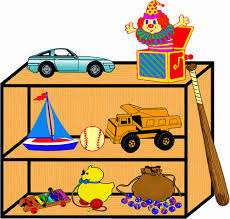 Toys can be a hard thing to buy. Finding just the right toy, for the right age, and suited for a particular child's personality, takes a lot of thought. It can also take a lot of time to investigate, to find just the right ones.

If you're like me, it may have been a while between the "kids'-toy-buying" phases of your life...

Luckily, there are a lot of good folks offering their time and experiences, to help guide the search for good toys. Just as luckily, you could win some new toys, with today's giveaways!


Hot Toys for Girls This Holiday Season {Plus an Awesome Giveaway Too!}

* Grand prize is a Battat prize package, which includes an Our Generation horse, a L'il Woodzeez Hedgehog Family, a B. Toys Baa Baa Barn, a B. Toys TeePee, and a Pet Vet. No ARV is stated.

One entry per person/email address per 24 hours, with bonus entries available. Open to legal residents physically located in the 50 United States and D.C., 18 or older. Ends December 14, 2014.

Email ThisBlogThis!Share to TwitterShare to FacebookShare to Pinterest
Labels: Toys