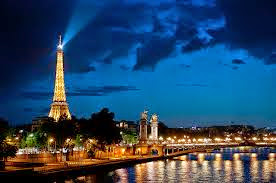 Maybe it's your life's dream. To travel to a foreign land, to sample some exotic foods, to savor the taste of a lifestyle you've never lived before, to leave the daily grind far, far away. Maybe you do it anyway. Either way, these sweeps will offer the chance for it to come true... again, or for the very first time.

8 Grand prize is a four night trip for two in the Garden Tropical Bure at the Namale Fiji Resort and Spa. Includes many extras and amenities, such as daily breakfast, a five course dinner for two, a BRIC’S USA 4-piece luggage set, a Nikon CoolPix AW120 in Orange, and more. ARV $13,549.95.

* Grand prize is a trip for two to Québec City, Canada. Includes round-trip air transportation from the United States or Canada on Air Canada; accommodations for three nights at the Fairmont Le Château Frontenac, in a Deluxe River View room; breakfast for two each morning; one three-course dinner “Harmonies Modat-Chartier“ for two; and more. ARV $3,900 USD.

One entry per person/email address per day. Open to legal residents of the 50 United States, D.C., and Canada (excluding Quebec), who have reached the age of majority in their state or province of residence at the time of entry. Ends August 31, 2014.


“Wake Up In Paris” Sweepstakes

* Grand prize is a trip for two to Paris, France. Departing flight will leave the United States on November 6, 2014 and the return flight will leave Paris on November 10, 2014; Three Night double occupancy accommodation between November 7, 2014 and November 10, 2014 at Hotel Le Royal Monceau in Paris and spa services at Clarins’ Spa (located within the Le Royal Monceau Hotel); Full day and night car chauffeured car service on November 8, 2014; Two Thousand Five Hundred Dollars (US$2,500.00) spending money for costs associated with sightseeing, dinner for winner and one guest on November 8, 2014, and meals and transportation on November 7, 2014 and November 9, 2014. ARV $12,795 USD.

Put smiles around your table and save $5.00 when you spend $25.00 on Ore-Ida® Frozen Potatoes or Frozen French Fries.