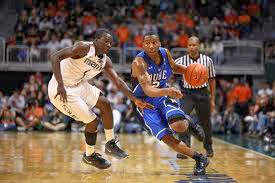 It's that time of year again!

Prizes are awarded according to "rounds," for this sweepstakes. Currently, the "second round" is active. Entry periods for rounds are as follows:

Entry by text is also available for this sweeps. Text GR8FANS to short code 26739.

One entry per person per day, regardless of method of entry. Open to legal residents of the 50 United States and D.C., 18 or older. Ends April 6, 2014.

This sweeps actually starts on March 16, 2014. You can sign up early, and start to make your picks once they are seeded on that date. You must become a registered user of the website in order to enter. Points are awarded for your correct picks, and the grand prize winner will be picked in a random drawing from amongst those with the top ten percent in points.

Runs through the final game of the tournament, scheduled for April 7, 2014. Open to legal residents of the U.S., Canada (excluding Quebec), and Puerto Rico, 18 or older, or the age of majority in their place of residence.

Save 20% on any single purchase of loose Cabbage at participating retailers. See offer info for complete details. Check back every week!