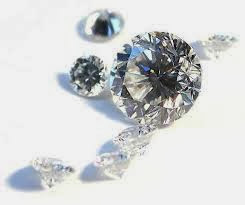 After all, as everybody knows, diamonds are a girl's best friend! Well, I'd still bet there are lots of guys who'd want to win some of these prizes, too...

Open to legal residents of the 50 United States and D.C., the United Kingdom, and Canada, 18 or older. Void where prohibited. Ends June 3, 2014.

This one has several other ways to enter, too, so if you'd like to use text entries, or some of the other ways besides the website form (such as scanning a code from the catalog with your smartphone), check out the rules for other entry instructions.

The form linked above is to enter for the grand prize and weekly drawing prizes. If you'd like to enter for just the weekly jewelry prizes, you'll need to use Twitter. For weekly drawings, 10 prizes remain, five for this week, and five for next. These are as follows:

To enter via Twitter, for separate weekly Twitter drawings, during the Promotion Period, you may Tweet a message to @KayJewelers with the hashtag #OpenHeartsSweeps or #OpenHeartSweeps to earn one Twitter entry into that corresponding weekly drawing only. A mutual following is suggested to facilitate active participation. You must be a @KayJewelers follower and have your account settings set to “unprotected” or “public” to receive a Direct Message (“DM”) in order to be contacted for the chance to win a Twitter Weekly Prize.

Twitter entries are not included in the grand prize drawing.

One entry per day, per person/twitter handle/email address, regardless of method of entry. Open to legal residents of the 50 United States and D.C., 18 or older. Ends February 14, 2014.

One winner will receive a pair of Diamond Stud Earrings with an appraised retail value of $5,000, from Ritani.com

Entry will sign you up for emails from Ritani.com.

One entry. Open to legal U.S. residents 18 or older, who have a valid email address and internet access at time of entry. Ends February 26, 2014.