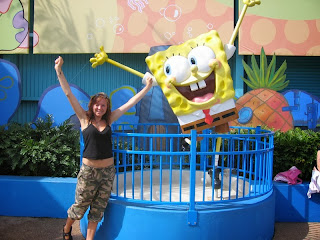 As far as sweepstaking goes, it's mostly an adult game. However, for those under 18 who want their chance at the big win, there are still plenty of opportunities available.

So, without further ado, here are some sweeps for the little ones... (Well, maybe they're not so little any more).

A code is required to play. These can be found on specially marked cans and microwave cups of Chef Boyardee. If you do not have a code, you can request one from the entry page, and a code will be emailed to you.

One play per day, per entrant. Entrants must be 8 or older, and a legal resident of the 50 United States, the District of Columbia, or Puerto Rico. Entrants who are under the age of 13 will be required to enter their own email address AND a parent's email address. Ends February 18, 2014.


Grand prize is a trip for two to the Kid's Choice Awards in Los Angeles on March 28, 2014. Includes round-trip airfare, 3 days/2 nights hotel accommodations, ground transportation to and from airport (not in home city) and to and from event, tickets to awards show, $250 in spending money, and more. ARV $3,500.

This prize is primarily geared towards girls, as a dress from "Promgirl," to wear to the event, is also included in the prize.

This is by mail-in entry only, though there are three ways to do it. Entry forms are available in the March issue of Tiger Beat Magazine, or you can print one out from a link on the main sweepstakes page above, or you can simply write entrants name, age, address, phone number, email and favorite star on a piece of paper and send it to the address below.


Enter as often as you wish. Open to participants in the 48 contiguous United States who are 13 to 19 years of age at the time of entry. Prize winner must be accompanied by parent or legal guardian if winner is under the legal age of consent in her state of residence. Ends February 28, 2014


This is the last week of this sweepstakes, so up to 500 prizes are left to be awarded, according to the official rules.

(The gist of the prize is that each winner gets a backpack for himself, and one for a friend : )

One entry each day, per person/per household/per email address. Open to legal residents of the 48 contiguous United States and the District of Columbia, who are between 6 and 11 years of age at the time of entry. Ends February 9, 2014.