Win Wireless Headphones, and So Much More! 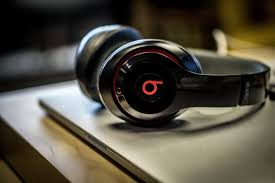 I love my wireless headphones. I can putter around the house with the news on my phone, and I don't miss a thing. I can watch my favorite shows online while my son plays video games on the TV, and neither of us is disturbed by the noise of the other. I can hear files clearly when I'm transcribing. There are just so many reasons.

So, as I was thinking about these things, I thought it would be a good idea to gather some sweeps with wireless headsets for prizes. As I was researching, I found some really great sweeps, with not only these but so much more!

What a lucky day!

* Three Grand prizes, each a set of CB3 Hush Active Noise Cancelling Wireless Headphones. No ARV stated, though they are currently listed on Amazon at $89.99.

* This sweeps has a bunch of prizes (too many to list here), with a total of 56 Weekly Winners, 19 Monthly Winners, and seven Grand Prize Winners. Grand prizes include a 55" TV LG Classic LCD TV/ ACL, a Viacom Backpack with Bluetooth wireless headset and branded goodies, and more, with ARVs ranging from $229.99 to $699.99. See rules for full list of prizes.