Win M&M's, Cable Credits, Xboxes, and Your Share of Gold! 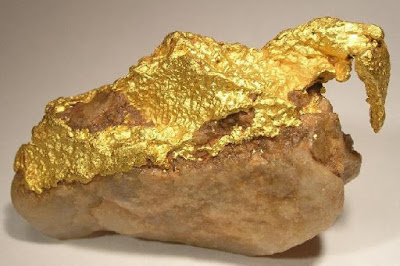 Today brings a good variety of sweepstakes, with tons of chances to win. First, there is the chance to win some sweet treats, along with thousands of chances to win a $10 credit on your cable bill! Free movie night, anyone?

Then, there are dozens of Xboxes, along with some accessories, and hundreds of games! My son would definitely swoon over these things. I'm sure you know someone who would too!

Finally, there is the thing we could all swoon over. The chance to win the cash equivalent of a percentage of gold miner's treasure for the season! Woot! This could be as much as $90,000! What would you do with it?

You may also enter this sweeps by sending the word NUTTY to short code 87654.

* 3,000 Second prizes, each “Movies at Home” Cash, valid for a $10 credit applied to winner’s participating cable,
satellite or internet service bill. ARV $10, each.

* 500 Second prizes, each a prize package including a Gears of War 4 game for Xbox One and an Xbox One controller. Total ARV $120, each.


The “Get Your Cut” Sweepstakes

For this sweeps, you must correctly enter a code. The rules state you can get each weekly code by either watching the show on Friday nights (code will show some time between 9-11 Eastern time), or by following their social media pages. I found this week's code on their Twitter page.

* Grand prize is a check in the amount of a percentage of the gold mined by the Gold Rush miners during Season 7, not to exceed $90,000.

* One weekly prize each week, each a Gold Rush-themed prize pack. ARV $100, each.