Enter to Win a New Computer and More! 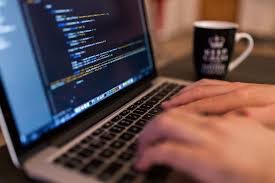 Today brings one of the coveted Three Cs of sweepstakers everywhere. Cars, Cash, and today's prize, COMPUTERS! These have become such an essential tool in so many households, making them a great prize for nearly anyone to win.

There are three different kinds offered here today, in multiple sizes and capacities. These will perform any variety of functions. If you're like me, you'd make good use of any one of them!

My computer has been a tool for daily life, for a very long time. Aside from my work, and the fun of entering sweepstakes, it really serves a bundle of daily functions, making life a whole lot easier and a lot less stressful.

I use it for news and entertainment, it's become my new recipe box, it's also a great place to shop (even locally!). Plus, I can communicate with the kids in a flash, pay bills, and even make my voice known with local government representatives and beyond. I could still come up with plenty more.

In any event, a computer win is so much more than one might imagine. The computer has become something, for many like me, that would be tough to ever live without again. So, winning one really is a phenomenal thing!


The Choice is Yours Giveaway - Asus Laptop vs JVC HDTV

* Grand prize is winner's choice of either an Asus laptop or a JTV HDTV. No ARV stated.

One entry per person per day. Open to legal residents of the 48 contiguous United States (Excluding RI and D.C.), at least 18 and the age of majority. Ends January 1, 2017.