Enter to Win Some Fabulous Trips! 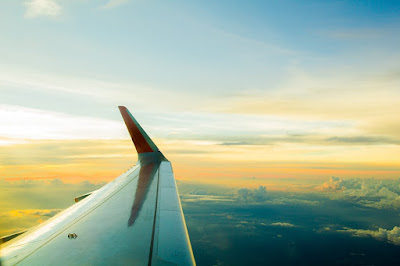 Today you have the opportunity to win some fabulous trips! How exciting! First, you can pick and choose where you'd like to go, with two free airline tickets! Wow. I'd have to think long and hard about where I'd like to go. It would have to be someplace I'd never been before, to have some new experiences.

Next, there is a trip to the Grand Ole Opry! This place has such an influential status in American history, who wouldn't want to go there? Get the inside scoop while you're enjoying the scene, with a backstage tour and more. What fun!

Finally, there is a new museum opening up in Washington D.C., late this year. You can win a trip to its grand opening, scheduled for next year. I love history, and would be so excited to win this one! Can you imagine how much historic reference, and the bountiful artifacts there would be in the Museum of the Bible? It's mind boggling!

* Grand prize consists of two round trip tickets to anywhere that Delta flies. No ARV stated.

One entry per person, with bonus entries available. Open to residents of the U.S. and Canada, 18 or older. Ends March 21, 2016.

* One “hatch show” poster from The Grand Ole Opry signed by the artists: Brad Paisley, Blake Shelton, Darius Rucker, The Band Perry and Brett Eldredge on the night of the concert recording. ARV $15.


Museum of the Bible Sweepstakes

* Rules state that winners will receive prizes with an ARV of $4,500. Sweeps entry page states the prize as a three day/two night trip for two to Washington, D.C., for the grand opening of the Bible Museum. Trip includes air fare, accommodations, VIP tickets to grand opening, VIP tour, and more.