Bring in the New Year with a New Car! 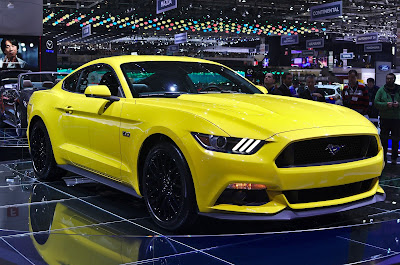 Soon we will be rolling into the new year. The time for that fresh start, the new beginning, the letting go of the past year and getting on with the new one. Wouldn't it be nice to roll into it with a new set of wheels? I think most anybody could agree that it would!

Today brings the opportunity for that new set of wheels to come in the form of a big win! What a thrill it would be to pick up your new Ford Mustang, or the Ford of your choice, or the new Honda customized by One Direction, at your local dealership. You'd feel like such a celebrity, now, wouldn't you?

The following bonus prizes become available when the specified number of entries is met:

One entry per person. Open to legal residents of the 48 contiguous United States and D.C., 18 or older with a driver's license. Ends December 31, 2015.


The 2015 Honda Civic Tour Drive Away with One Direction Sweepstakes

* Grand prize is a 2015 Honda Civic automobile customized by One Direction, along with payment to the dealership for costs associated with sales taxes, registration, tags, title, and other legally required fees. Total ARV $38,640.

One entry per person/email address. Open to legal citizens of the 48 contiguous United States and D.C., 18 or older. Ends December 31, 2015.