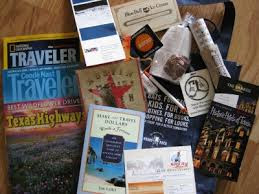 Swag is just the coolest thing, ever! You can't get it just anywhere, not everyone has the chance to score it, and you get bragging rights, to boot! If you haven't won any good swag lately, today's sweeps offer the chance to score a bundle. Even if you have, you can never win enough swag. There is no such thing as too much!

What would you do with all your good swag? Display it as a collection? Give it out as gifts? Hide it away and watch to see if it increases in value? Use it all to its full potential?

Whatever your choice, today gives you the chance to do it!

This sweeps can be entered daily on each of nine host sites. See rules for complete list of sites.

One entry per person/email address per site per day. Open to legal residents of the U.S. and D.C., minors must have parental consent to enter. Ends September 25, 2015.

* Grand prize is a selection of products as given in the gift bag at the MTV Music Video Awards. Total ARV $5,771.