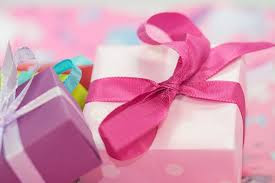 Today brings that wondrous prize of being able to pick and choose what you want, with thousands of dollars in gift cards! A good old fashioned American Express card would take you on a weekend trip, if you so choose, with a thousand dollars to spend on what you will. Then there's another thousand to spend on any of the umpteen million products on Amazon.com. Oh, the choices abound! If you're looking for some new furniture, then Frontgate has you covered, with tens of thousands in gift cards, and several winners!

It's enough to make your head spin!

One entry per person/email address. Open to legal residents of the 48 contiguous United States (excluding RI), 18 or older. Ends December 31, 2015.

One entry per person/email address. Open to legal residents of the 50 United States and D.C., at least 18 and the age of majority. Ends September 14, 2015.

* One weekly prize winner each week, will receive a $10,000 Frontgate gift card.