A New Computer, a Room Makeover, and a Yard Makeover! 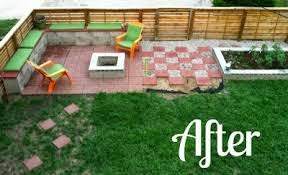 Wow! Today brings some enticing opportunities, with the chance to win prizes from some well-known brands. A new Surface Pro from Microsoft could be yours, or a makeover for a room in your home from Angie's, or even a makeover for your entire yard from Perdue, if you so choose!

Can you even stand all the excitement?!

This sweeps has two entry periods, each with its own prize drawings, and an overall grand prize. The first entry period ends on July 31, and the second ends on the sweeps end date.


* Grand prize is a “Pufferize Your Room” makeover, consisting of a consultation with a representative of the Sponsor and a room makeover not to exceed $7,500. Total ARV $7,500.

One entry per person/email address per day. Open to legal residents of the 50 United States and D.C., who are at least the age of majority in their place of residence. Ends October 15, 2015.

* 12 weekly prizes will be awarded, each consisting of the following:
One WEBER Portable Gas Grill with stand, one WEBER cook set, one rolling cooler, one Smores Grill, one BEATS portable speaker, one GoPro Hero 3 Camera, two Sportbrella Chairs, one Giant Jenga, and one 6’ Blow Up Soccer Ball. Total ARV $1,500, each.

One entry per person. Open to legal residents of the 50 United States and D.C., at least 18 and the age of majority in their place of residence. Ends August 10, 2015.