Why Play by the Rules? 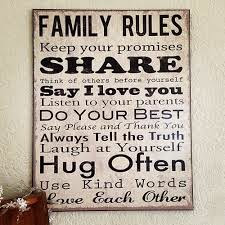 One of the more obvious reasons for knowing what is in the rules of a sweepstakes, is to avoid disqualification. If you'd really like to win, or even if you don't care to waste your time filling out entries that won't ever win a thing, it's good to know if you meet the qualifications to enter a given sweepstakes. This just makes sense.

Another, perhaps less thought about reason, is that when you check that little box that says "I agree to the official rules," you are entering into a legal contract. If you don't know what the contract that you're signing says, you could be setting yourself up for a headache.

Though the following scenarios may be more rare than not, they can happen, legally. For instance, let's say a certain set of sweepstakes rules says that the winner is not allowed to sell the prize. Said winner did not read the rules, and entered with thoughts of selling the prize, if won. If said winner then follows through with selling the prize, this could be the basis for a lawsuit against the winner. Yes, you read that right. Not abiding by the rules could get you sued.

In another, perhaps less distressing instance (maybe not), someone who wins used multiple email addresses to enter, when only one is allowed. Whoops. It comes up, the prize may be forfeited, and the person may be banned from future sweepstakes by that particular sponsor. What a drag that would be for anyone who loves to play the game, and certainly not worth it.

In still another instance, Sweepstakes with travel prizes regularly contain specific information about who can travel with the winner (often pertaining to age and/or relationship to winner, if travel partner could be a minor), so it pays to take note of these things, too. This can avoid the disappointment of having to leave a travel partner behind, that you really wanted to come with you!

In yet another case, vehicle prizes may require the winner to have a driver's license and insurance, among other things. Without these, the winner cannot claim the prize.

Though these scenarios are simply hypothetical, they are based upon [yours truly] reading myriads of real sets of rules (off and on over a time frame spanning more than 20 years), and what is contained therein. You know that similar scenarios have likely come up in the past, for them to be significant enough to be a part of the rules, now. Some poor soul likely set the precedence.

On the other hand, sweepstakes rules are governed by law. These laws regulate how sweepstakes rules must be portrayed, even to the extent that certain things (such as "no purchase necessary') must be in capital letters, etc. To the extent possible, these laws are designed to protect those who enter. The game is designed to be as safe and as fair as it can be, and hence, it's a fun game to play.

Though each country, state, territory, etc., may have its own laws regarding sweepstakes, you don't need to know all the laws to play (whew!). A good set of rules will tell you everything you need to know.

Still, there is no need to be fanatical or obsessive. Generally speaking, the main qualifying points, such as age and location, followed by entry guidelines (how often you may enter, etc.), often give you what you need to know in order to play. Regularly, these main points are even conveniently displayed on the entry page. What luck!

In the end, if worst comes to worst, and you win a sweeps for which you didn't read the rules, you can generally go back and check the rules to be sure you're in compliance, and decline the prize if you need to. You wouldn't need to, though, now would you ; )

For more about how sweepstakes and contest rules are regulated, check out Rules For Operation of Contests and Sweepstakes: Legal Guide U-3, from the state of California.

For the chance to win an RV, and other good stuff...
2015 Hello Camping World RV Sweepstakes

Email ThisBlogThis!Share to TwitterShare to FacebookShare to Pinterest
Labels: Rules