Become a Rock Star, with These Sweepstakes! 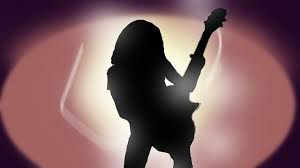 When I was six years old, I started taking piano lessons. In fifth grade, I added the viola, while still advancing in classical piano. In seventh grade, I took on the tenor saxaphone and the coronet. In high school, I played piano for the choir. After graduation, I got married, had kids, played in a rock band, and taught myself guitar. With all this, my music was eventually put on a shelf. Now my kids are grown, I'm single again, and I'm ready to pursue my rock star dreams! Even if in my own mind...

Luckily, if you are ready to pursue your rock star dreams, too, whatever they might be, these sweeps have just the tools you need!

The Reverb.com 1965 Fender Jaguar Giveaway
You must become a member of Reverb.com to enter this sweeps.

One entry per person per account. Open to legal residents, physically residing in the 49 United States (excludes Rhode Island), 18 or older. Ends December 2, 2014.

One entry per person/email address, with the opportunity for bonus entries. Open to legal U.S. residents, 18 or older. Ends November 30, 2014.

This giveaway actually begins on December 1st, though you can register now.

* Along with this, 23 other prizes are being awarded, each of "Rock Star" worthiness. All prizes are listed on the sweeps landing page.