A Contest for Gentlemen! 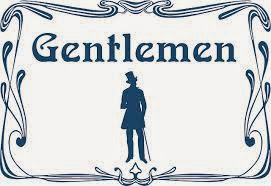 Though some claim that chivalry is dead, Stetson is saying that the rules have merely changed. Hence, they are calling upon the chivalrous to share the photos and accompanying stories of how they're doing it today.

For this contest, Stetson offers a new "Book of Rules," with ten rules that you can use to demonstrate how chivalrous you really are. Choose the rule best depicted by your chosen photo, then add your story of up to 500 words for the chance to win.

The next weekly entry period begins on November 3, with the final one starting on November 10, 2014. Grand prize entries are only accepted until November 16, 2014.

One entry per person/email address per weekly entry period. Open to legal residents of the 50 United States and D.C., 21 or older. Ends November 21, 2014.

Today's Bonuses
As long as we're talking about rules...Just a little FYI for your reading pleasure, from the California Department of Consumer Affairs.
Rules For Operation of Contests and Sweepstakes: Legal Guide U-3