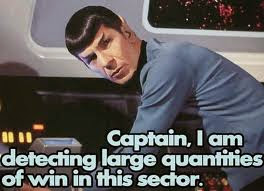 Instant win games are just so much fun, for so many reasons. The suspense is all compacted into a brief few moments, until the next day, when you can usually try again. Many instant wins allow players multiple wins, so even the instant joy of a win doesn't come between you and playing again.

Winners are generally chosen by random win times, so this can be part of a player's strategy. If you are the first one to play at or near the random win time, you win! So, hmmmmm, when might be the best time to play?

Of course, there are usually multiple prizes, which also means multiple winners! In many instant win games, each day that you play will give you an entry for an overall grand prize, in addition to the prizes you could win instantly. So, even a losing game on a daily play could still mean a win in the end!

This sweeps requires a game code, which you can get from specially marked packages of Skinny Girl candies and ice creams, or you can get one free from the game site.

* 9 grand prizes are being awarded, each consisting of a trip for winner and two guests to a Glamping Resort. Includes air fare for three to a Glamping Resort in a Sponsor designated location within the 48 contiguous states; three nights' camping accommodations in a two bedroom room tent (triple occupancy); three meals per day per person; $2,000 spending money; and much more. Winner must travel on October 2, 2014 and return on October 5, 2014. ARV $12,007.20.

Tons of instant win prizes are also being awarded, including things like gift cards from the likes of Bloomingdale's, Sephora, Zappo's, and more, as well as Skinny Cow swag and products, among too many other things to mention! This sweeps has 4,650 random win times.

You can also play this one by texting HERSHEYSMORES to shortcode 87963.

Limit of one prize pack per person, address and/or household.

One play per person/mobile phone/email address/household per day, regardless of method of entry. Open to legal residents of the 50 United States, D.C., and Puerto Rico, 18 or older. Ends September 6, 2014.

Limit of one prize per person.

Limit of one instant win daily prize per person/email address per day.

Three spins per person/email address per day. Open to legal residents of the 50 United States, D.C., and Canada (void in Quebec and Puerto Rico), 18 or older. Ends December 31, 2014.

Because pets love to win stuff, too... each play generates a ten cent donation to Adopt-a-Pet.com, up to $50,000.
Purina Paw It Forward Instant Win Game


Save 20% on any single purchase of loose Avocados at participating retailers. See offer info for complete details.