Time for a New TV? 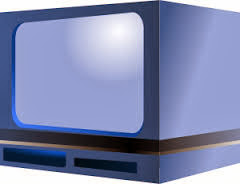 TVs have been advancing in the realm of high tech since they were invented. Today's home theater experience is a far cry from "the way we were," back when families gathered around the bulky television in the living room, to watch something in black and white as they fiddled with the antenna.

Now, internet connectivity has broadened the expanse of what watching television is, and the antenna is a rare sight. Home theaters are even becoming common. If it's time for you to upgrade your TV viewing experience, these sweeps could take you there.

*Grand Prize: An “Epic Tech Package,” including the following: a 55” LED smart television; an Xbox One, including a 2nd wireless controller with Play and Charge Kit; Bose Acoustimass speaker system, an Apple TV, 4 Gildan hoodies, and 4 Gildan T-shirts. Total ARV $2,892.

*Weekly Prize: 4 weekly prize winners will each receive an Apple 16G iPad Mini, and 2 Gildan hoodies and 2 Gildan T-shirts. Total ARV of $489.00 each.

Three entry periods remain for weekly prizes, with the current one ending on Friday, March 7.

One entry per person/email address. This sweeps is void in Rhode Island, open to legal residents of the other 49 United States and D.C., 18 or older. Ends March 31, 2014.